Every year more than 40 million acres of forest are lost. A sports field-sized area is deforested every minute of everyday, generating in the process more than fifteen percent of annual greenhouse gas emissions. In contrast, a single tree left standing has the potential to sequester roughly 48 pounds of carbon dioxide each year and provide unquantifiable gift of food, medicine, water purification, climate stabilization, mental health, and more. Despite international attention, global deforestation driven by industrial agriculture, cattle ranching, mining, and fossil fuel extraction continues at an alarming rate, amplifying the climate crisis and imperiling the Earth and all its residence. 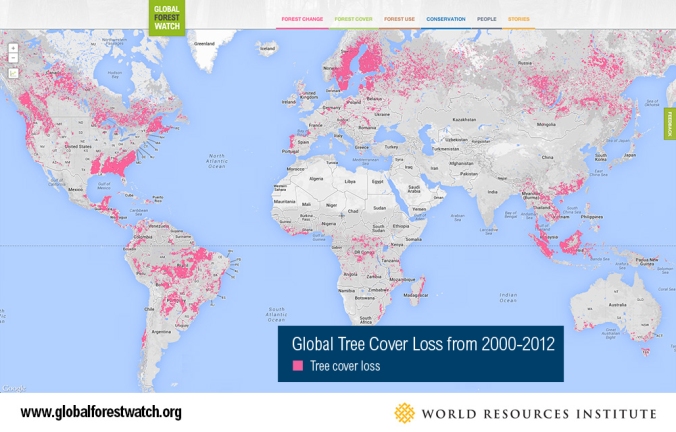 Hope remains however, held in the hands of the thousands of Indigenous communities who live and thrive in the great forests of the world. Across the globe they are fighting to protect the forests and their diverse cultures, implementing place-based solutions that are socially and ecologically appropriate. In the process, these communities provide daily proof of the power of, and need for, another way of relating to the Earth.

The Congo Basin of Central Africa holds one of the largest rainforests in the world, second only to the mighty Amazon. It represents more than 60% of all of the rainforests in Africa, functioning as the source of life for a vast swath of the continent, and as a center of balance and health for the Earth’s climate as a whole.

For the last year, the Women’s Earth and Climate Action Network (WECAN International) has had the honor of collaborating with women in the Democratic Republic of Congo (DRC) as part of the ‘Women for Forests and Fossil Fuel/Mega Dam/Mining Resistance’ program. Organizing focuses on the protection of the Itombwe forest and the support of the communities living within it, whose cultural and ecologic heritage is severely threatened by exploitative logging, mining, and agricultural practices. Work is based in South Kivu Province in the eastern part of the country, home to two very important forest sites of unquantifiable diversity, the Itombwe Nature Reserve (RNI) and the Kahuzi-Biega National Park (PNKB), both of which are critically threatened by extractive industries.

Neema Namadamu, Founder of the Synergy of Congolese Women’s Associations (SAFECO), spearheads the collaboration through her work as the WECAN DR Congo Coordinator. Trainings and communication efforts designed by Neema and WECAN Executive Director, Osprey Orielle Lake, are the core of WECAN International’s work to support Indigenous women in the region, who, as the longtime stewards of the land, have begun working to oppose the destruction of the forest and their culture.

In June 2014, WECAN International worked with Neema to prepare and actualize the first WECAN- DR Congo Regional Climate Solution Training. The program began with an intensive five-week online course, engaging local leaders in a range of topics, from why women are central to climate and environmental solutions, to action plans for climate justice, forest conservation, Rights of Nature and Rights of Indigenous Peoples, and on the grounds solutions.

Following the online intensive, Neema and her team of leaders conducted a series of hands-on workshops with women and men from eight villages in and around the Itombwe forest. The training included an overview of threats to the Itombwe, regional ethnobotanical knowledge, solar oven construction, holistic forest conservation methods, women and climate change, and local leadership in forest protection.

The series of meetings and workshops culminated in the composition and distribution of a declaration calling for a nationwide movement to protect the Itombwe and other rainforest in the country.

“A secret treasure is lying quietly hidden in the bosom of the Indigenous women of the Itombwe forest. We now have a plan of protection and action for the forest and the people who live there in great wisdom and humility,” explained Neema. 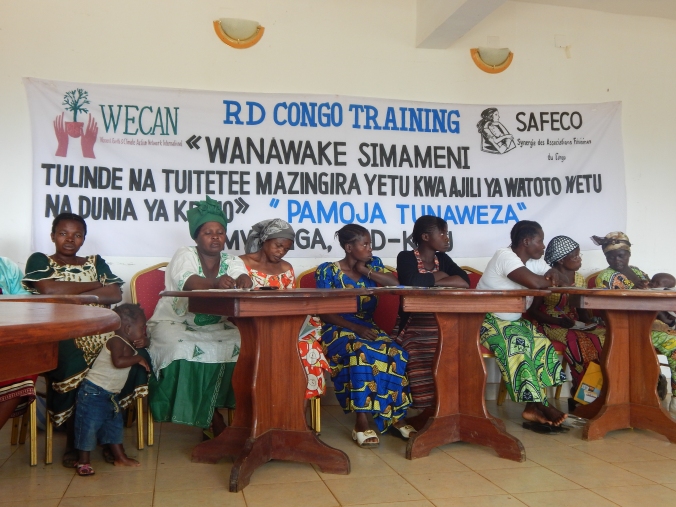 WECAN International is very excited that this is just the beginning of the work in the Itombwe rainforest of the Democratic Republic of Congo, with plans underway for follow up trainings and projects ranging from tree planting and clean stoves construction, to trainings on community organizing and influencing policies at the local, national, regional and international levels.

We Fight on for Mother Earth and All Generations: WECAN International Analysis and Reflection on COP24 Poland Climate Talks

By Elaine Colligan, WECAN International COP24 Delegate “We have not come here to beg the world leaders to care for our future. They have ignored us in the past and they will ignore us again. We have come here to let them know that change is coming whether they like it or not. The people […]

“We are speaking out on behalf of a growing movement of diverse women for global climate justice. We are speaking out in recognition of the sacred interdependence of all life on Earth, and with respect for the Rights of Nature, and with the knowledge that business-as-usual economic models predicated on fossil fuel extraction have ushered in […]

‘Indigenous Women On The Frontlines: Report-Backs & Calls To Action’ was presented on February 27th, 2018 as part of the Women’s Earth and Climate Action Network series of WECAN Online Education and Advocacy Trainings! During the training, we heard from three outstanding Indigenous women organizers surrounding the latest updates from their respective homelands, and the […]

We Will Not Negotiate On Mother Earth And Our Communities: Recap And Analysis From WECAN International At COP23 Climate Talks

As part of the 23rd Conference of Parties (COP 23) of the United Nations Framework Convention on Climate Change (UNFCCC) hosted in Germany under the leadership of a Fijian Presidency, the Women’s Earth and Climate Action Network (WECAN International) spent two weeks on the ground engaging in intensive climate justice advocacy and action with a […]

During the United Nations Framework Convention on Climate Change (UNFCCC) COP23 climate talks in Bonn, Germany – Patricia Gualinga of the Kichwa Pueblo of Sarayaku, Ecuador delivered a powerful high-level intervention on one of the closing evenings of the conference. The Women’s Earth and Climate Action Network is honored to have helped support Patricia’s presence […]

WECAN Speaks With Mirian Cisneros, Woman President of the Pueblo of Sarayaku, Ecuador During the UN COP23 Climate Talks

While in Bonn, Germany for the United Nations Framework Convention on Climate Change (UNFCCC) COP23 climate negotiations, the Women’s Earth and Climate Action Network (WECAN International) had the opportunity to sit and speak with Mirian Cisneros, woman President of the Kichwa Pueblo of Sarayaku in the Ecuadorian Amazon. Over many years, the community of Sarayaku […]

This guest blog post/op-ed was written by the woman leaders of Uthema and Voice of Women, Maldives – November 14, 2017 Maldives is a nation of nearly 1200 natural coral islands in the Indian Ocean, hosting approximately 150 wetlands of varying sizes with significant biodiversity and environmental importance. Kulhudhuhfushi island lies in the northern region of […]

Kahontakwas Diane Longboat: “The Good Mind Will Transform The World”

Kahontakwas, Diane Longboat is from the Mohawk Nation, Turtle Clan at Six Nations of the Grand River Territory, Canada. She is a healer, ceremonial leader and traditional teacher of the spiritual ways. Diane is also the founder of Soul of the Mother, a teaching and healing lodge dedicated to spiritual activism and peace building. Diane […]

Since the rise of industrial agriculture, global food production has become one of the top sources of fossil fuel emissions, biodiversity loss, habitat erosion, pollution and subsequent climate change impacts. However while chemical agriculture pushes us towards climate crisis – small-scale, agro-ecologic farmers are standing up to remind us that healthy soil, diverse seeds and […]

Reclaiming Our Democracy: Resistance and Renewal

2017 WECAN Education & Advocacy Training Recap Blog Compiled By Emily Arasim, WECAN Communications Coordinator With remarkable diversity and great strength, women are standing to lead movements to protect people and planet, calling for systemic change and justice on the issues that we know are inseparable – from gender justice to Indigenous rights, from racial […]

Join Us On Social Media